Fidelity to offer bitcoin trading to its 34.4 million investors

According to Mike Novogratz, CEO of Galaxy Digital, and other people familiar with the matter, Fidelity Investments is working towards offering bitcoin trading to its 34.4 million retail investor base.

The word is out

A simply huge move is afoot for the crypto sector as Fidelity Investments, the U.S. multinational financial services corporation and one of the largest asset managers in the world, is planning to offer bitcoin trading services to its retail investor base.

Even though the company has not officially announced the move, the word is out, and Mike Novogratz, the CEO of Galaxy Digital, told a conference audience on 12 September that the move was imminent:

“A bird told me that Fidelity, a little bird in my ear, is going to shift their retail customers into crypto soon enough. I hope that bird is right. So we are still [on] this institutional march, and that gives crypto its floor.”

Others also suggest the move

According to an article on CoinTelegraph, there are others who picked up on the impending move. CEO and founder of Eight Global, Michael Van de Poppe, gave his view that Fidelity would likely launch its retail trading for bitcoin in November.

In addition, the Wall Street Journal reported on 12 September that Fidelity was “weighing a plan” for the offering of bitcoin trading for retail customers on its brokerage platform.

In a statement on 12 September, Fidelity Investments didn’t clarify the move, but it did go as far as to say:

“While we have nothing new to announce, expanding our offerings to enable broader access to digital assets remains an area of focus.”

For Fidelity, this is not the first move into bitcoin-related products. It announced at the beginning of June this year that it would allow customers to add crypto to their 401K pensions.

However, Treasury Secretary Janet Yellen stated that “crypto isn’t a suitable retirement option”, and Senator Elizabeth Warren, a well-known sceptic of crypto, together with Senator Tina Smith, sent a joint letter to Fidelity CEO Abigail Johnson voicing their concern at the “risky and speculative” decision. 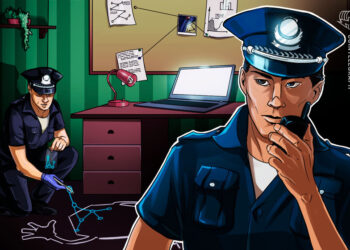 What will happen to Bitcoin and Ethereum if traditional markets break?

How Donald Trump got his Deutsche Bank loans

The Great Bond Bubble Is ‘Poof, Gone’ in Worst Year Since 1949